What is AMD Ryzen 3?

AMD’s range of Ryzen processors have proved game-changing, but there’s no denying that the excellent Ryzen 7 parts can be a tad expensive. This isn’t the case with Ryzen 3. The red team’s latest chips are more affordable than their predecessors – and also far cheaper than Intel’s competition.

The Ryzen 3 1300X sits at the top of this new range of processor with four cores, and it doesn’t break the bank with its $129 (about £100, AU$160) price. It’s a speedy chip, too, with a base frequency of 3.5GHz that cranks up to 3.7GHz. Typically, chips at this price point offer fewer cores or lower frequencies, but Ryzen 3 1300X stands up for users on a budget with strong performance – but not the best. 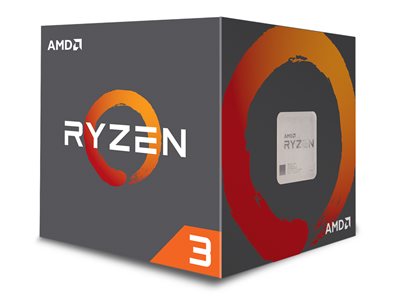 Like AMD’s Ryzen 5 platform, Ryzen 3 comes built on a 14nm FinFET architecture and optimized for its current AM4 platform. Users going for this budget CPU would likely go for a budget-friendly B350 chipset motherboard that supports six lanes of PCIe Gen 2 for solid-state drives (SSDs), two USB 3.1 Gen2, but lacking support for multiple graphics cards.

More price-conscious builders can also opt for the even lower-priced A320 chipset, but you'll need to bear in mind that this choice comes with some considerable trade-offs. Namely, overclocking is locked off, plus you’ll only have one USB port with a throughput of 10Gbps and two fewer PCIe lanes for SSDs.

With that in mind, we would suggest going with a B350 motherboard. For the purposes of fully testing the capabilities of the AMD Ryzen 3 1300X, we went with a top-of-the-line X370 chipset motherboard.

The Ryzen 3 1300X performs exactly as we expected it would up against the Intel Core i3-3750K, but we still came away a little disappointed.

AMD’s processor has double the cores over Intel’s chip, but each die isn’t nearly as quick. As we can see from the Cinebench and Geekbench results, this translates to weaker single-core performance, but as a whole the processor scores higher.

Unfortunately, those extra cores mean nothing when it comes to our PCMark 8 Home productivity benchmark, as Intel pulls ahead again. Total War: Warhammer and Ashes of the Singularity, two CPU intensive games, show similar results, with the Core i3-3750K in front.

The good news is Ryzen 3 1300X only lags behind slightly.

Where the extra cores do make the difference is media creation, especially for rendering objects and encoding video. In this case, the Ryzen 3 1300X blows away the Intel Core i3-7350K in Handbrake, with a 53% faster encoding speed.

We can also say the Ryzen 3 1300X won’t hold back your gaming rig when it comes to graphically intensive games, like Rise of the Tomb Raider and GTA V. We also had no problems achieving above 60 frame per second gameplay with our test bench in Overwatch and Dirt 4 among other modern games.

Even without touching the AMD Ryzen Master software, our processor easily reached a 3.89GHz frequency during testing. Further overclocking the part will give you the extra performance you need for processor intensive tasks. However, we never really felt like we needed it outside of giving Ashes of the Singularity a more playable frame rate.

In terms of temperatures, the Ryzen 3 1300X runs a little hotter than we would like. The processor sits at 41 to 69 degrees Celsius when stressed in our testing. That’s still not hot enough to cause thermal-throttling issues, but you’ll likely want to invest in a good air or liquid cooler to replace the included Wraith Stealth CPU fan.

The Ryzen 3 1300X might not be the best performing processor on paper, but it’s still an unquestionable deal.

For $20 less than the price of the Intel Core i3-7350K, you’re getting a processor that performs almost just as well. What’s more, those two extra cores will make it much more capable at encoding video and other processor-heavy tasks. video is clear enough, easy to use.